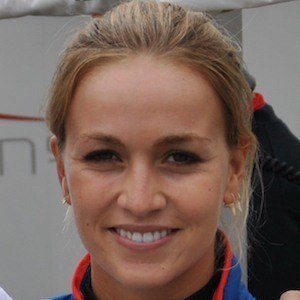 Formula and Grand Prix racer known for her somewhat controversial selection to be a development driver for the Renault Sport Formula One Team in 2015. She'd previously raced in GP3.

After spending time in the Master Junior Formula, she made her Spanish Formula Three debut in 2006.

She competed in the Le Mans Series in 2009 and also spent time in the Indy Lights series in 2010.

Her father is Jose Miguel Jordá. She grew up in Alcoy, Spain.

Among the people who criticized Renault's selection of Jordá was Michele Mouton.

Carmen Jordá Is A Member Of