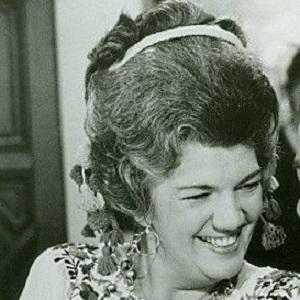 Remembered best for her roles as Doña Luz and Carmen Castillo in, respectively, the children's television series Villa Alegre and the soap opera Santa Barbara, this Latina actress also starred in the ABC sitcom Viva Valdez.

Over the course of her more than sixty-year entertainment career, she made over a hundred television and film appearances.

Born to a family of Mexican and Argentine heritage, she grew up in New York City. During the late 1950s and early 1960s, she was married to Ron Friedman.

She and actor Ricardo Montalban were founding members of the Screen Actors Guild's Ethnic Minority Committee.

Carmen Zapata Is A Member Of