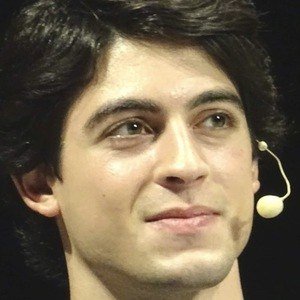 Earned his breakout role starring as Leo in Italy's Braccialetti Rossi, a show known in the United States as The Red Band Society. The original concept of the show spawned from the Catalan series Polseres Vermelles.

He had very few credits before joining the cast of Braccialetti Rossi, however, he did score a spot in a 2013 commercial for Coca-Cola.

His television fame has earned him a massive social media audience, earning more than 330,000 followers just on Instagram.

The eldest of three children, he has a younger brother and a younger sister.

Carmine Buschini Is A Member Of