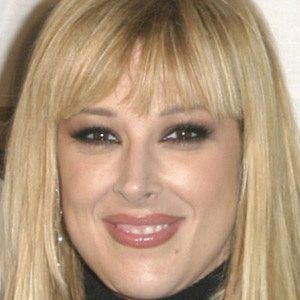 American singer and TV personality known for being a member of the group Wilson Phillips alongside her sister Wendy Wilson and their friend Chynna Phillips. She also had her own talk show called Carnie!

She began her career singing alongside Chynna Phillips, the daughter of The Mamas & the Papas members John Phillips and Michelle Phillips.

She had her own television show, Carnie Wilson: Unstapled, on the Game Show Network.

Her father is Beach Boys singer Brian Wilson. She has two daughters with husband Rob Bonfiglio.

She and Tracey Gold were both on Celebrity Wife Swap in 2012.

Carnie Wilson Is A Member Of