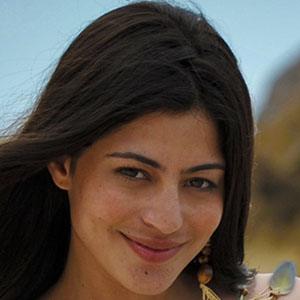 Brazilian model, screen actress and television personality. The champion of the tenth season of the Brazilian version of Dancing with the Stars, she was also the subject of a 2008 photo spread in Playboy magazine.

Early in her career, she played the role of Gracinha in a Brazilian soap opera called Mulheres Apaixonadas.

She and her dance partner, Leandro Azevedo, succeeded Raquel Guarini and Rodrigo Simas as the champions of the Brazilian Dancing with the Stars (Dança dos Famosos) reality competition. She also starred in the Netflix comedy Um Suburbano Lucky.

She grew up in Rio de Janeiro, Brazil and was later briefly married to Marco Bravo.

She co-starred with Juliette Lewis in the 2012 film Open Road.

Carol Castro Is A Member Of