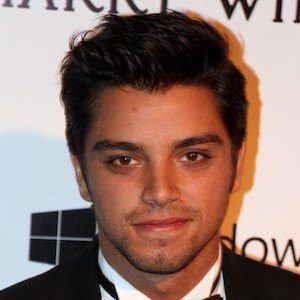 Soap opera and television actor who is recognized for his work on Malhação, Além do Horizonte, and Fina Estampa. In 2015, he made an appearance in the film Anjo de Cabelos Longos.

He made his professional acting debut on Poder Paralelo in 2009.

He competed on the ninth season of the reality series Dança dos Famosos.

He is the son of Beto Simas. His half-brother Bruno Gissoni also worked as an actor.

He and Bianca Bin both appeared on the series Malhação.

Rodrigo Simas Is A Member Of