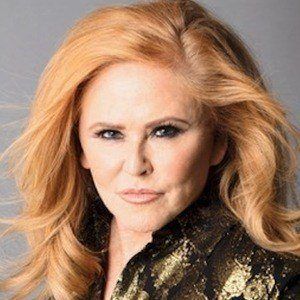 Nicknamed GnatFish, she is a pop rock artist best known for fronting the 1980s band T'Pau. She also sang the single "One Heart" during her solo career.

She was signed to her first music contract with Siren records in 1986 and appeared in the movies 9 Dead Gay Guys.

She has two children, Scarlett and Dylan, with restaurateur Richard Coates.

She had an early 2000s television role opposite Dom Joly in the English comedy series Trigger Happy TV.

Carol Decker Is A Member Of