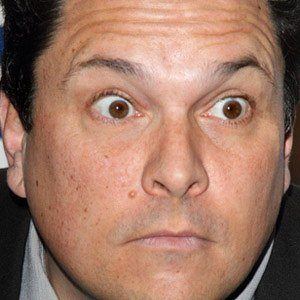 Star of the hidden-camera show, Trigger Happy TV who came to prominence with worldwide distribution of the show.

He was hired as a producer on the The Mark Thomas Comedy Product.

He has published several comedic books including a faux autobiography entitled Look at Me, Look at Me.

He was born in Beirut, Lebanon to British national parents. He and his wife Stacey welcomed two children.

He played a persistent paparazzo in the ITV2 reality programme, Deadline, where he was abused by celebrities like Pierce Brosnan.

Dom Joly Is A Member Of