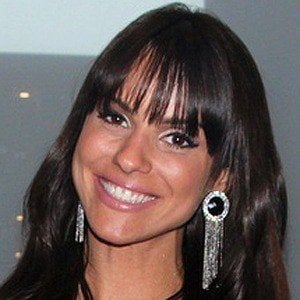 Brazilian actress, presenter, and model who is most famous for her television roles, including as Caru on Seize the Day and as Deborah on Looks and Essence. As a presenter, she is known for her work on such shows as Plugado and TV Globinho.

She made her acting debut on the soap opera Caça Talentos in 1997.

She is wildly popular on Instagram, where she has more than 60,000 followers.

She was born in Rio de Janeiro, Brazil.

She co-starred with Taís Araújo on Seize the Day.

Carol Dias Is A Member Of