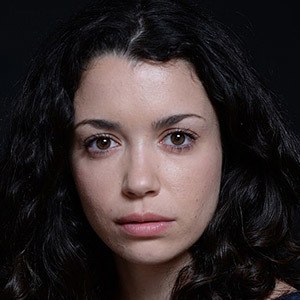 Spanish film theatre actress who is best recognized for having starred in severl productions throughout Spain and Europe including of Com us Plagui, Goodbye Barcelona, and Train to Hollywood. She is also known for appeared in the television shows Love is Forever and Alleged Guilty.

She is also known for her work in music and has been a vocalist of the Barcelona Ethnic Band group from 2015 until 2016.

She was born and raised in Barcelona, Spain and shared a photo with her father to Instagram in March of 2019.

She shared a photo with fellow Spanish actress Alba Brunet to her Instagram in April of 2019.

Carol Rovira Is A Member Of