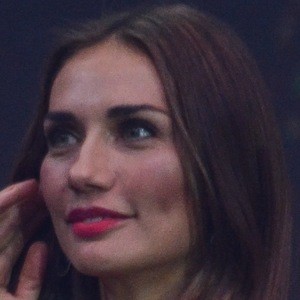 Chilean model, actress, and television presenter who's known for hosting on Chilevision's La mañana de Chilevisión and TVN's Buenos días a todos. She was also a judge on Talento Chileno and has appeared in the TV series Transantiaguinos.

She started her career as a model and participated in Elite Model Look Chile contest in 1997.

Her parents are Patricia Alvarado and Juan Ernesto de Mora. She has a child named Mila.

Carolina de Moras Is A Member Of