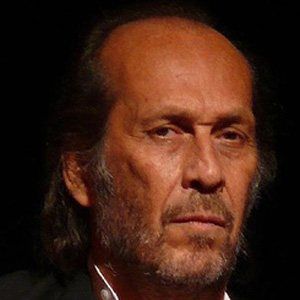 One of the first flamenco guitarists to find success in other genres and who advocated for the New Flamenco style.

He recorded ten albums with flamenco singer Camarón de la Isla during the 1970s, earning widespread praise for the collaboration.

He was awarded an honorary doctorate by Berklee College of Music in 2010 in recognition of his musical work.

He was born Francisco Sanchez Gomez in Algeciras, a province in Southern Spain; his father played the guitar and demanded his son practice long and hard, sometimes up to twelve hours a day.

He provided the score and appeared in the 1983 movie Carmen, based on the novel by Prosper Mérimée and Georges Bizet's opera; he was nominated for a BAFTA Award for Best Film Score.

Paco de Lucía Is A Member Of