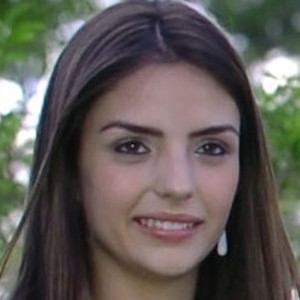 Brazilian singer, model, and former pastor known for her marriage to soccer super star Kaka. She released her self-title debut album in 2010, first online, then through Universal Music Group.

She met Kaka in 2002, while still in high school, and became a pastor during those years, as he was often away playing with A.C. Milan. She also did some modeling work while in school.

She studied at the Istituto Marangoni. She was a pastor at Reborn in Christ Church before leaving in 2010 once it became implicated in a financial scandal.

She's friends with singer Claudia Leitte and the two have sung together.

Caroline Celico Is A Member Of