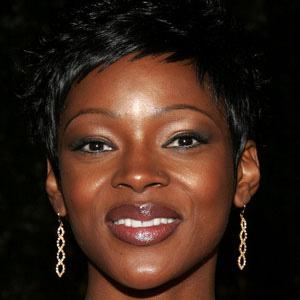 Perhaps most well known for her roles as Sasha Williams and Elaine Hardy on the respective British television shows As If (2001) and Footballers' Wives (2004), she is also recognized for her work in the films Eragon and Divas.

After appeasing her physician father by briefly studying medicine and chemistry at Brunel University, she trained at London's Academy of Live and Recorded Arts.

She made her acting debut in a 1998 TV movie titled Babymother.

Born in London, England, to Nigerian parents, she spent her youth between Great Britain and her family's native country.

She appeared with John Barrowman in two episodes of the science fiction series Torchwood.

Caroline Chikezie Is A Member Of