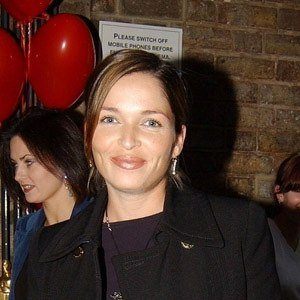 Drummer also known as the "Chick with Stick" who played for the Irish band The Corrs alongside her siblings. She also plays the bodhrán, percussion, and the piano.

She learned how to play piano from her father. She also used to work at her aunt's pub.

She was given an award by Queen Elizabeth II in 2005.

She got married to Frank Woods on August 22, 2002; they had three children: Jake, Georgina and Rihann.

She shared the stage with her sister Andrea Corr in their band The Corrs.

Caroline Corr Is A Member Of