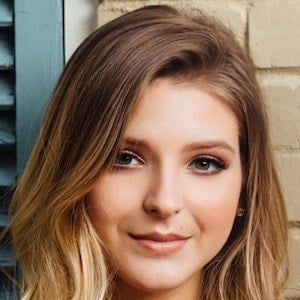 Country, pop and rock singer-songwriter who was named "One to Watch" by the Nashville Songwriters Association International. She released her debut EP "Me" on April 14th 2017.

An avid soccer player, she won a national indoor soccer championship at age 10. She later released a self-titled acoustic EP in October of 2014.

She was named Taylor Guitars as "Player of the Week" in April of 2015. She was selected to be part of the 2016 cast for the North Carolina Music Showcase series.

She grew up with an older brother named Drew in Greenville, North Carolina.

She wrote an appreciation song for YouTube stars Dan Howell and Phil Lester titled "Thank You Dan and Phil."

Caroline Dare Is A Member Of