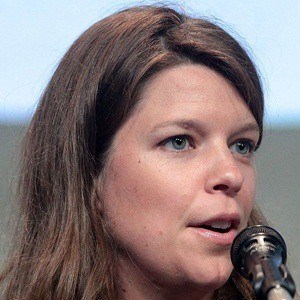 Prolific screenwriter and producer known best as a staff writer for the long-running series Smallville and the popular CW adaptation The Vampire Diaries. She has also written and produced for Melrose Place.

She began her career writing for Smallville in 2006, eventually working as the show's story editor.

A college student at NYU during September of 2001, she caught compelling footage of the 9/11 tragedy that has been seen in countless news reels and documentaries since the falling of the Twin Towers.

She went to college in New York City and later settled in Los Angeles, California.

An executive producer on The Vampire Diaries, she has worked alongside the show's creator Julie Plec.

Caroline Dries Is A Member Of