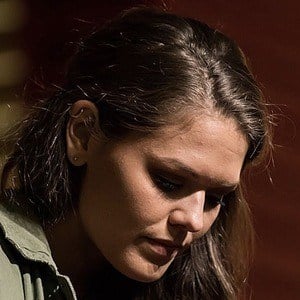 Gained fame after she competed on the fourth season of The Voice as a member of Team Adam. Although she was eliminated, she went on to release her debut EP, Better Days, Vol. 2, on iTunes in September of 2014.

She began her career by posting covers of popular music to her self-titled YouTube channel.

One of her most popular YouTube videos is a cover of Macklemore's "Thrift Shop" posted in March 2013.

After the Voice, she began a relationship with fellow contestant Colton Swon of the Swon Brothers.

She competed against fellow singer Danielle Bradbery on the fourth season of The Voice.

Caroline Glaser Is A Member Of