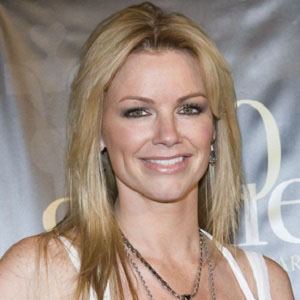 Perhaps most well known for her Gemini Award-nominated performance in the 1999 TV miniseries Cover Me, she is also notable for her starring role in the horror film Eternal (2004) and for her performance in the 2010 comedy movie Let the Game Begin. In addition, she had a recurring role on the television series Traders.

She made her screen acting debut in the 1992 film Coyote.

A singer as well as an actress, she released a self-titled debut album in 2003 and followed it up with the recordings Reprogrammé (2007) and Le Destin (2010). She also pursued a career as a fashion designer.

A member of a French Canadian family, she spent her youth in Boucherville, Quebec.

She and Diane Kruger are both notable for their work in the 2007 French movie L'âge des Ténèbres (Days of Darkness).

Caroline Neron Is A Member Of