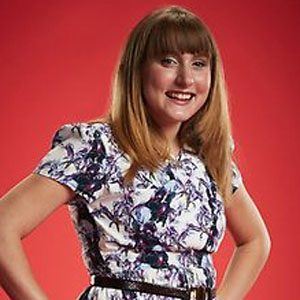 Pop singer best remembered as a season 5 contestant on NBC's popular reality singing competition series The Voice. She finished in the Top 8.

She released a solo debut EP called The Race.

She has three younger siblings and is from Saddle River, New Jersey.

She was coached by Cee Lo Green on The Voice.

Caroline Pennell Is A Member Of