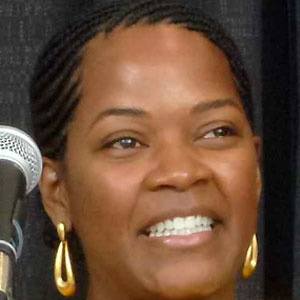 Guard who became a member of the New England Blizzard of the American Basketball League and also played in the WNBA and for Team USA.

She led Auburn University to consecutive Final Four appearances in 1989 and 1990, and was named to the NCAA All-Tournament team in 1990.

While at Auburn, she was part of the gold medal-winning U.S. team at the FIBA World Championship in 1990, and won the Bronze medal with Team USA two years later in Barcelona.

She put her basketball career on hold to care for her newborn daughter, and came back briefly in 2001 and 2002.

Katherine May Smith was another WNBA star who won a medal with the U.S. Olympic team.

Carolyn Jones-Young Is A Member Of