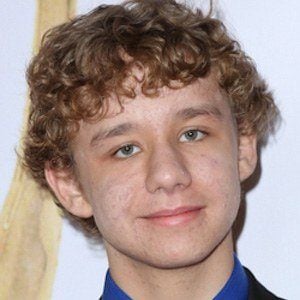 Actor and voice over artist most well known for starring as the bratty child in the incredibly popular Super Bowl commercial known as Doritos' "Sling Baby." He also later went on to star as Timmy Clark in the 2014 comedy Lovesick.

He earned his first major acting role in 2011 starring as David in the drama The Measure of a Man.

He has done voice over work for a number of prominent films including The Way Back, Silver Linings Playbook, and Little Boy.

In 2014, he earned a recurring role on Nickelodeon's Instant Mom alongside Tia Mowry.

Carsen Warner Is A Member Of