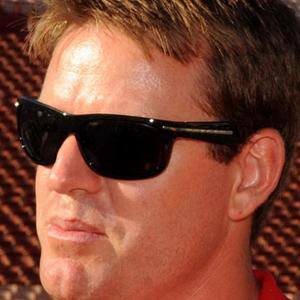 2002 Heisman Trophy-winning quarterback who began his NFL career with the Cincinnati Bengals in 2003. He set a number of franchise records with the Bengals, including the highest passer rating for a season (101.1) in 2005.

He stayed in California in high school for the great level of competition, requiring his father to commute on weekends to see his son. He played college football at the University of Southern California.

He temporarily retired from football in 2010, then began a comeback with the Oakland Raiders in 2011 and joined the Arizona Cardinals in 2013.

He married Shaelyn Fernandes on July 5, 2003. The couple has a daughter named Elle and a son named Fletch. His brother Jordan also spent time in the NFL.

He was the first of three USC Trojans to win a Heisman in a four-year span, succeeded by Matt Leinart in 2004 and Reggie Bush in 2005.

Carson Palmer Is A Member Of