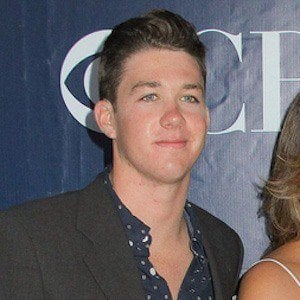 He was born to his father's second wife, Miss World 1990 Gina Tolleson.

Carter's step mother and co-star Tanya Callau worked as a model before she and his father married.

He has four half-siblings, two of which are stars Brennan and Robin Thicke. The other two are named Luca and Tiago.

Carter Thicke Is A Member Of