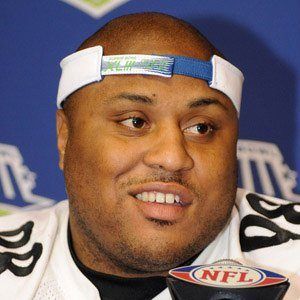 Five-time Pro Bowl defensive tackle who played for the Pittsburgh Steelers from 2001 until 2012.

He was a standout player for the University of Texas before being selected 19th overall by the Steelers in the 2001 NFL Draft.

He won two Super Bowls with the Steelers, XL and XLII; he was also a three-time AFC champion, a Steelers Co-MVP in 2005, and a member of the Steelers All-Time Team.

He was one of the members of the Gotham Rogues football team in the 2012 blockbuster hit The Dark Knight Rises, starring Christian Bale.

Casey Hampton Is A Member Of