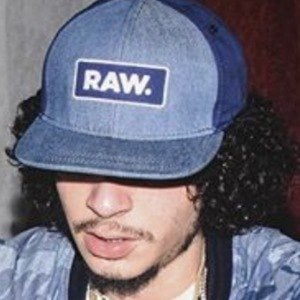 Rapper also known as The Neighbourhood Ghost who has found online fame with viral hits like "Know Me," "Dope Boy" and "Freeze." He has released a number of EPs and mixtapes, including No Cosign (2018) and Before the Storm Hits (2018).

He was raised in the Alexandra Park area of Toronto, Canada.

He spent time in prison for robbery and firearm charges that were later dropped when someone else pleaded guilty to them.

His father was a member of the rap act Too Bad to Be True. His daughter has been pictured on his Instagram.

He rapped on a remix to The Weeknd's "Starboy."

Casper TNG Is A Member Of