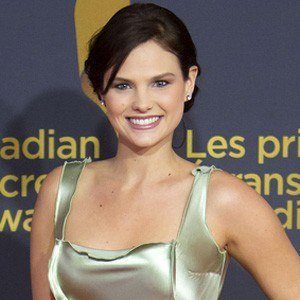 American model and actress who competed on Cycle 5 of the television show America's Next Top Model, but quit in the fourth episode.

She married actor Stephen Amell in 2012. Their daughter Mavi was born in October 2013. In June 2022, they announced the birth of their second child.

Cassandra Jean Is A Member Of