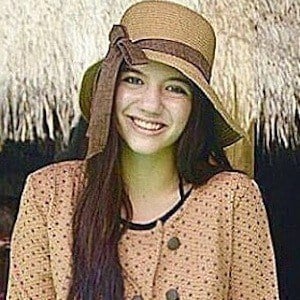 Multi-talented actress and singer recognized both for her starring roles in soap operas like Halilintar and as a member of the Indonesian girl band Elovii.

Her career began in modeling before she earned her breakout role as Olin in the soap opera Hanya Kamu.

In addition to her many television credits, she has also had starring roles in feature films like Mencari Putih Abu-Abu and Oops!! Ada Vampir.

She is joined in the musical trio Elovii by Stefhanie Zamora Husen and Salshabilla Adriani.

Cassandra Sheryl Lee Is A Member Of