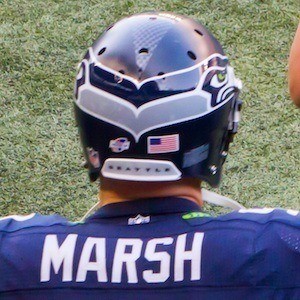 Fourth round pick of the Seattle Seahawks selected to play defensive end out of UCLA. He would subsequently be traded to the New England Patriots in 2017 before being released by the Patriots and claimed off waivers by the San Francisco 49ers.

He played in the U.S. Army All-America Game after his high school career came to a close. He would be rated as a 4-star prospect by Rivals.

He was the recipient of UCLA's John Boncheff, Jr. Memorial Award for Rookie of the Year in his Freshman season.

He and Paul Richardson were both 2014 draft selections of the Seattle Seahawks.

Cassius Marsh Is A Member Of