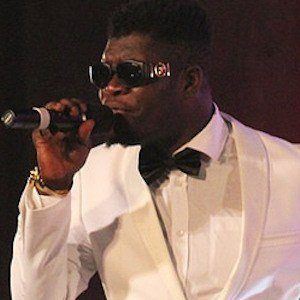 Ghanian hiplife artist and musician who has become known for the release of albums like Toffee and Castro D'destroyer's Hitz. However, in July 2014, he disappeared following a jet ski accident off the coast of Ada Foah, spawning theories and controversies about his disappearance.

He released his debut album in 2003, promoting the single "Sradinam."

In 2014, he won the Highlife Song of the Year at the Ghana Music Awards for his single "Odo Pa."

He was born Theophilus Tagoe to Lydia Tagoe and an accountant named Mr. Cofie.

He is close friends with Ghanian national football captain Asamoah Gyan and the soccer star has been featured on songs like "African Girls."

Castro Is A Member Of