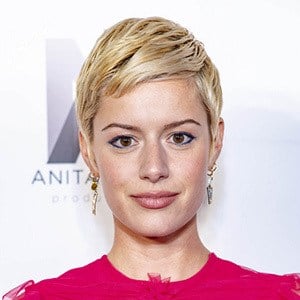 Stylist, blogger, and reality star who rose to fame competing in the second season of the E! series House of DVF alongside Diane von Furstenburg. She captains her own self-titled fashion blog and has edited for prestigious magazines like Vanity Fair, Cosmopolitan, and Instyle.

Her interest in fashion began as a child. She would refashion her clothes to her liking. Eventually she ended up studying at the Fashion Institute of Design & Merchandising in Los Angeles.

She styled Bruno Mars for the music video of his megalithic hit single "Grenade." Outside of her mile-long celebrity client list, she's worked with mega companies like Walt Disney and Universal.

Her father was employed as an assistant to President Gerald Ford.

She competed against Hanna Beth Merjos in the second season of House of DVF.

Cat Wennekamp Is A Member Of