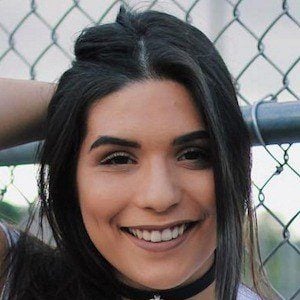 Beauty and fashion YouTuber with a self-titled channel who publishes fashion, beauty, makeup, lifestyle and DIY content for her more than 250,000 subscribers.

She created her YouTube channel in September of 2013, uploading her first video which she called "Lookbook de Natal" in December of 2014.

She previously blogged on a site called Flores No Meu Cabelo.

She has a sister named Glo. She featured her boyfriend in several videos, including the one titled "BOYFRIEND PURCHASE ME OUTFITS!" in August 2017.

She gave away 5 copies of Zoe Sugg authored book Miuda Online as part of an Instagram contest.

Catarina Filipe Is A Member Of