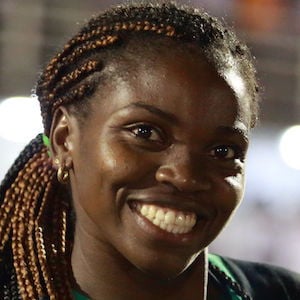 She started her athletic career as a volleyball player before moving to track sports. She originally specialized in high jump before expanding to triple and long jump.

She was born to Francisca Mena and William Ibargüen Rivas, but was raised by her grandmother after the ongoing armed conflict in Colombia forced her parents apart.

Yamile Aldama also competed in the triple jump at the 2012 Olympics.

Caterine Ibarguen Is A Member Of