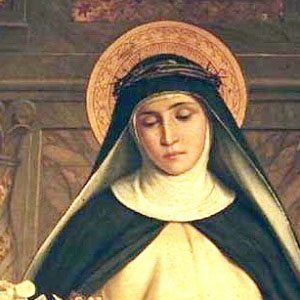 Tertiary of the Dominican Order who is one of the two patron saints of Italy.

She cut off her long hair in protest to her mother's insistence that she improve her appearance to attract a husband.

She worked during her life to increase the influence of the papacy in Rome.

Her father was a cloth dyer and she had several brothers.

In 1999 Pope John Paul II named her as one of the six patron saints of Europe.

Catherine Of Siena Is A Member Of