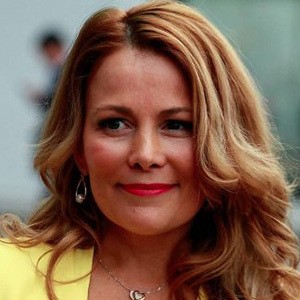 TV personality and politician who became the mayor of Maipú in 2016. She was known for shows like Damn It, Mekano, The Farm, and Fever Dance.

She holds a psychology degree from Santo Tomás University.

In 1990 she was won the Queen of Beaches and Pools beauty competition.

She married politician Joaquín Lavín León in 2009. They have three children.

Cristián Sánchez and Felipe Avello were the cohosts of Fever Dance when she competed.

Cathy Barriga Is A Member Of