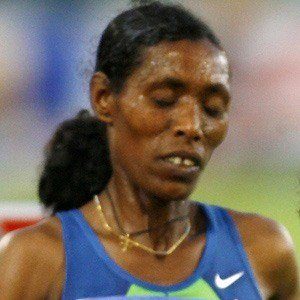 She grew up in Shewa, Ethiopia.

Tirunesh Dibaba also competed in the 2012 Olympics for Ethiopia, winning gold in the women's 10,000 meter race.

Berhane Adere Is A Member Of