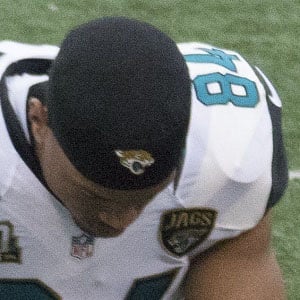 NFL wide receiver who established himself as a productive possession receiver after being drafted 114th overall by the Jacksonville Jaguars in 2011. He spent four seasons in Jacksonville, then signed with the Houston Texans in 2015.

He played quarterback at Cleveland's Collinwood High School and was the backup at the University of Mount Union his freshman season.

He was the Division-III National Offensive Player of the Year in 2009 and a two-time First-Team Little All-American at the University of Mount Union after switching to wide receiver.

He was coached by his father Cecil Jr. in high school. His mother's name is Priscilla and he has a sister named Candace.

He scored a game-winning touchdown against the Browns at the end of the fourth quarter with a 20-yard pass from Chad Henne on December 1, 2013.

Cecil Shorts III Is A Member Of