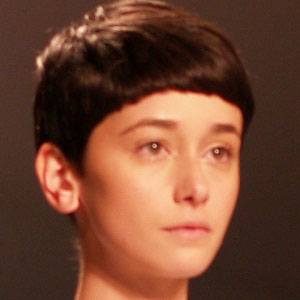 Featured in advertising campaigns for the Bottega Veneta, Charles David, and Marithe & Francois Girbaud fashion houses, she is also notable for her runway work for Christian Dior, Marc Jacobs, and Chanel, as well as for her cover shoots for Elle Argentina and Elle Girl-South Korea.

She began her modeling career after being spotted on a Buenos Aires boulevard by a fashion scout.

She signed with Supreme Management in 2006 and was later represented by Uno Barcelona.

Born in Buenos Aires, Argentia, to a family of German, Italian, and Spanish heritage, she later settled in New York City, U.S.A.

She walked the Paris, Milan, and New York runways for designer Alexander McQueen.

Cecilia Méndez Is A Member Of