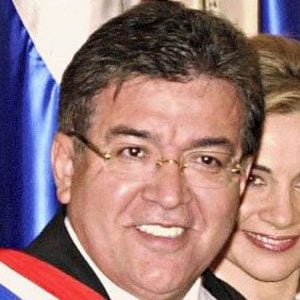 Member of the National Republican Association who held office as the President of Paraguay from 2003 to 2008. He was given the tire of senator for life after his tenure as President ended.

He held his first political position as the Minister of Education and Culture in 1993.

He became the President of the National Republican Association-Colorado Party in 2001.

He has been in a longtime marriage to Maria Gloria Penayo Solaeche.

He followed in the footsteps of Cecilio Baez to become a President of Paraguay.

Nicanor Duarte Is A Member Of