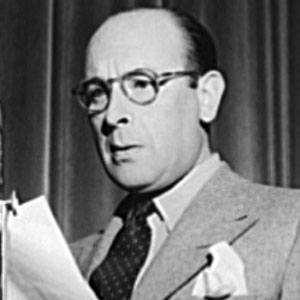 Most famous for his London West End performances of the plays of George Bernard Shaw and William Shakespeare, this popular actor also appeared in film adaptations of The Hunchback of Notre Dame, Les Miserables, and other classic works of literature.

After training at the famous Royal Academy of Dramatic Art (RADA), he made his professional stage debut at London's Lyceum Theatre in a production of The Monk and the Woman.

During the mid 1930s, he taught a drama class at Cambridge University.

His marriage to British actress Helena Pickard lasted twenty years and produced one child. His second marriage, to Mary Scott, also resulted in one child and ended in divorce.

He appeared on the Ida Lupino sitcom Mr. Adams and Eve.

Cedric Hardwicke Is A Member Of