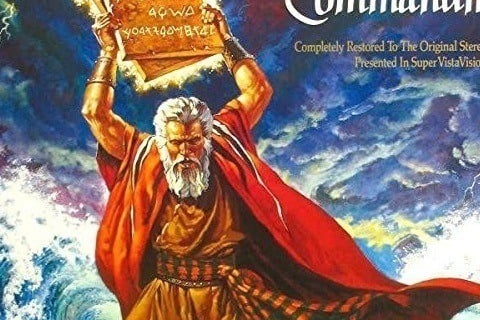 Cecil B. DeMille classic about Moses as he tries to free his people from bondage in Egypt. It was won of the most successful films of its time, grossing $122 million at the box office worldwide.

The film won an Academy Award for Best Special Effects and was nominated for six others including Best Picture.

Rebel Without a Cause
20,000 Leagues Under the Sea
East of Eden
The Ten Commandments Trivia Games
More Drama Movies
More G Movies