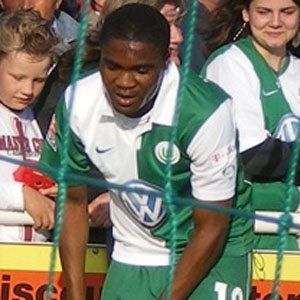 Congolese soccer player who has played the position of midfielder for the German side Werder Bremen.

He moved to Germany when he was 8 years old, and started playing for the team, VfB Lubeck.

He rejected a call up from the DR Congo national team for the Africa Cup of Nations in 2006.

Another Congolese soccer player like him is Blaise Kufo.

Cedric Makiadi Is A Member Of