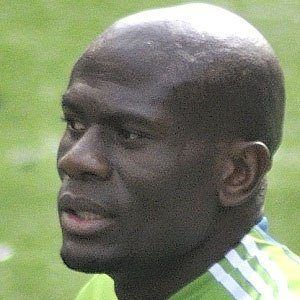 Striker who played for Switzerland's national team from 2000 to 2010 and played professionally from 1993 to 2010 all over the world.

He began his pro career with Lausanne but only made three appearances from 1993 to 1994.

He played the bulk of his career for the Dutch club Twente.

He was born in Kinshasa, Zaire, but he emigrated to Switzerland when he was 7 years old.

He played alongside midfielder Wout Brama on Twente.

Blaise Nkufo Is A Member Of