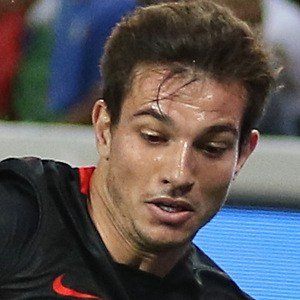 Euro 2016 champion as a member of the Portugal national football team whose primary position is right back. He began playing for the English club Southampton in 2015.

He was loaned to Academica during his tenure with Sporting CP. He played on every under age Portugal national team from U16 through U21.

He was born Cédric Ricardo Alves Soares in Singen, Germany.

He was a teammate of Cristiano Ronaldo on the 2016 UEFA European Championship winning Portugal national team.

Cedric Soares Is A Member Of