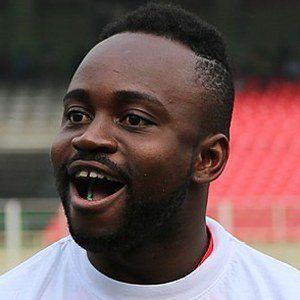 Congolese winger who rose to fame playing in Spain, playing in both La Liga and the Segunda División. He's also spent time playing in the United States for MLS's Columbus Crew. He has over 10,000 followers on his mabwatiofficial Instagram account.

He joined Atlético Madrid's youth soccer club at the age of thirteen.

He made his professional debut in 2008. He earned his first international cap for the Democratic Republic of the Congo in 2014.

He is from Kinshasa, DR Congo, and moved to Spain as a young teenager.

He played for Gregg Berhalter while with the Columbus Crew.

Cedrick Mabwati Is A Member Of