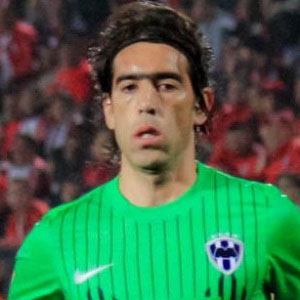 Winger and attacking midfielder who made his professional debut in 2001 for Rosario Central and joined the Argentinian national team in 2003.

He was born in Rosario, Argentina.

Midfielder Javier Zanetti was his teammate on Argentina.

César Delgado Is A Member Of