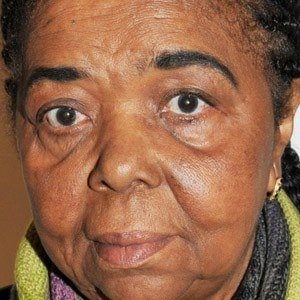 Known as the Queen of Morna, Évora was a Cape Verdean singer who was nominated for her first Grammy Award in 1995 for her album Cesaria.

She began singing on Portuguese cruise ships to earn money after she was orphaned at a young age.

She received a Grammy Award in 2003 for her album Voz d'Amor.

Her father worked as a part-time musician.

She has performed with Gilberto Gil.

Cesaria Évora Is A Member Of