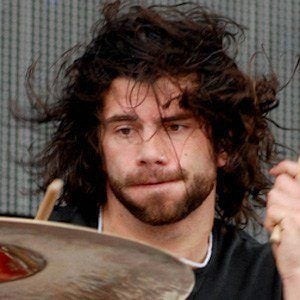 Drummer recognized for joining the five piece rock band Pop Evil in 2011 after former drummer Dylan Allison suffered a debilitating neck injury. He has since played on the Pop Evil albums Onyx in 2013 and Up in 2015.

He grew up watching the rise of Pop Evil. Throughout his teen years, he dabbled in sports and school bands before he finally picked up the drums at twenty.

Joshua Marunde, nicknamed Chachi Riot, was born and raised in Constantine, Michigan with his younger brother.

He is joined in Pop Evil by lead singer Leigh Kakaty and bassist Matt DiRito.

Chachi Riot Is A Member Of