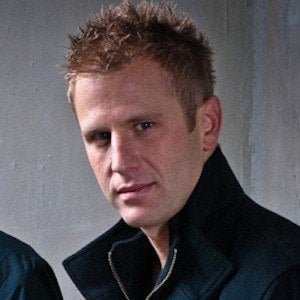 DJ who is one-half of the EDM-centric duo Tritonal. They released their debut album, Piercing the Quiet, in 2011. It produced 8 Beatport singles, 5 of which held the #1 position for Trance music.

In 2012, they were named #65 on DJMag's Top 100 DJ's of that year. In September of that same year, they released their follow-up album, Piercing the Quiet Remixed, which debuted at #5 on the iTunes dance chart.

They have found support from fellow DJs Steve Aoki, Tiesto, and Nicky Romero, amongst many others.

Chad Cisneros Is A Member Of