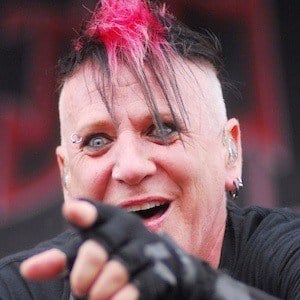 Heavy metal singer who has been the frontman for the bands Mudvayne and Hellyeah.

He quit his factory job in order to form Mudvayne.

He wrote the songs "Thank You" and "Death Blooms," the second of which he dedicated to the death of his grandmother.

He collaborated with Corey Taylor and Slipknot to cover the song "Smells Like Teen Spirit."

Chad Gray Is A Member Of